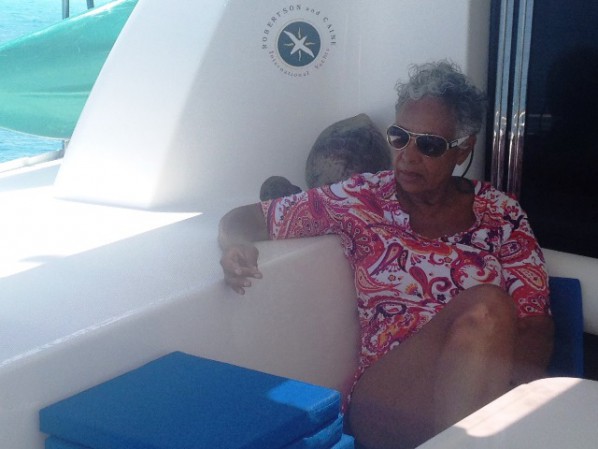 The River of Blood

I woke up to Roger taking people on kayak rides around the boat.

Rain! Everyone scrambles to close their hatches, so their bunks don’t get soaked. Whew! I only had me hatch cracked a bit, and I had a towel underneath. No problemo.

We’re out of food. Once the rain stopped, Roger and Suzanne made a dingy run to the market 100m down the road from Hibiscus. She’s planning dinner for everyone.

Deb told us of her upcoming family reunion in Alabama. Here uncles were run out of the territory after killing the town bully in 1924. One uncle got caught and was poisoned while in jail. One caught and released, and the other escaped capture.  She wants to learn more about that drama and her relationship to the sheriff at the time who has the same last name as her family.

The rain picked up again as Deb motored us to the Coral River on the west side of the island between motus Tautau and Maharere.  By the time we anchored, the rain had passed.

The Coral River is a strip of coral heads in a shallow strip of sea between two motus.  The current propels snorkelers a few hundred yards through the coral heads so people don’t have to actively swim, but the current was too strong.  Everyone got cut up as the current drove us into the coral heads.  Poor Susanna was totally out of control, and my mom had to help her back to shore.  A local told us it was too much current, ahead of time, but we didn’t understand how strong it was. None of us said, “Let’s do it again.”

Later Mom, Deb and William visited Le Taha’a Prive Isle Resort. They reported that it was very chic and romantic. All the rooms are huts on the water…catering to newlyweds. They highly recommended the restaurant Chez Louise across the lagoon as the best restaurant in Polynesia. We had previously been told it was closed. He said they had not closed…only changed their phone number.

I took a nap in the cabin.

A little dancing on the deck and goodnight. 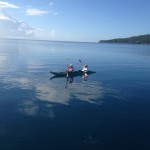 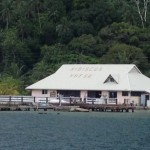 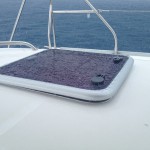 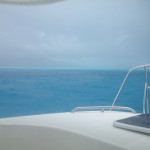 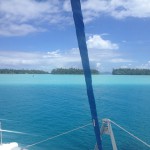 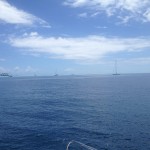 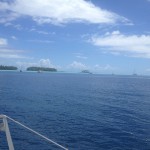 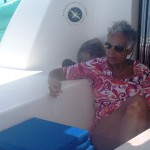 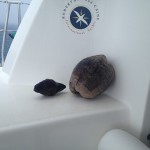 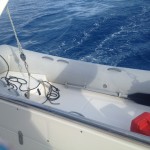