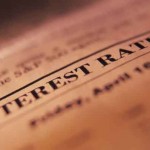 These mortgage rates are updated automatically. They include residential government loan products and indexes commonly used for commercial loans. Click on a rate instrument and it will be loaded into the chart at he bottom of the page. 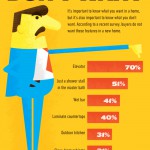 According to a recent National Association of Home Builders survey, 70% of buyers do not want a home with an elevator. Check out the top results of a recent survey to discover the other top amenities that repulse potential buyers. 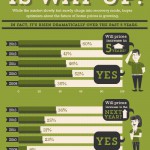 As the economy slowly improves consumers are optimistic about the direction of home prices. Maybe they shouldn’t be…ask my why. 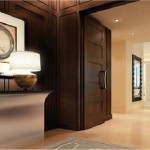 The new Emaar luxury residence complex is now offering it’s exclusive high-rise homes to potential owners.   The property is exclusive. The 21-story tower is limited to just 35 residences.  Comparable towers have as many as 150 residences.   The top five stories have just one residence each.  The units range from 1,800 to 8,000 sq ft, with private […] 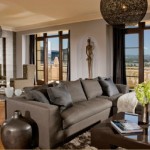 The twenty luxury residences atop the 5-Diamond Montage Hotel in Beverly Hills are still setting sales records with only 6 residences left unsold. The properties have been selling near $2,500/sq ft. This is a huge premium over nearby mansions but many decerning buyers have recognized the value of the amenities that come with living in […] 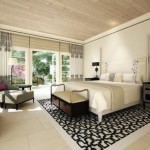 The Hotel Bel Air is set to re-open on October 15th after a multi-million dollar renovation. The rooms are expected to start at $565 per night and include 12 new villas and 7 specialty suites. There’ll also be a La Prairie-run spa and three loft-style guestrooms in what a press release calls a “Spanish mission […] 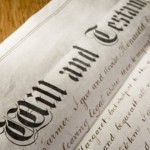 I was pleased last March to see that Congress was not overreacting to the problems in the subprime markets, and allowing the free markets to correct themselves. Well, that pleasure was short-lived. Yesterday, HR Bill 3915 was sent to the House for approval. Though well-intentioned, this bill as written, will further tighten credit just when […]

The recent headline news regarding the mortgage industry will have a widespread effect on home values and the availability of credit.  Home foreclosures are projected to exceed $100 billion over the next six years (MSN March), and during the first ninety days of 2007, suddenly and unexpectedly thirty-six of the largest mortgage companies in the […]

ALL BUSINESS: Home Buyers Getting Pushy

Source: Associated Press/AP Online Publication date: 2006-09-19 By RACHEL BECKNEW YORK – Not so long ago, home sellers used aggressive tactics to squeeze every last bit of profit from their home sales. Now that home sales are weakening, buyers have taken a page from the sellers’ playbook, demanding everything from new appliances to […]

By Greg Ip From The Wall Street Journal Online What started out as a pause in rate increases last month began to look more like a full halt yesterday. The Federal Reserve left its short-term interest rate target at 5.25% for a second consecutive meeting. It also warned that it remains concerned about inflation, and […]

By Steve Friedman, Ernst & Young JANUARY 09, 2006 — If 2005 was the year of the condominium, 2006 may well be the year that the rental apartment markets come back to prominence. In fact, the trend may already be underway. That’s the big picture nationwide. Here’s a list of 10 apartment markets for developers […]

By Maura Webber Sadovi From The Wall Street Journal Online Phoenix’s rapidly cooling housing market hasn’t damped the region’s commercial real-estate market. From a new football stadium for the Arizona Cardinals with a design inspired by a desert cactus to more than 16 million square feet of offices, warehouses and retail stores slated to be […]

What About the ‘R’ Word?

January 16, 2006 By Edward Leamer UCLA Anderson Forecast (Commentary published in the Los Angeles Business Journal)         In recessions we have negative economic growth, and in recoveries we rack up pluses. But overall, the U.S. economy since 1970 has grown an average of a little more than 3 percent a […]